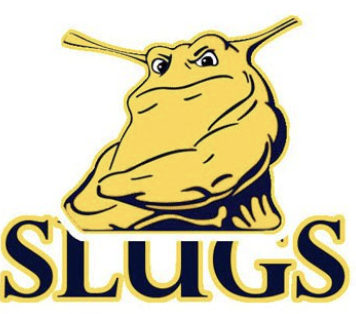 The Banana slugs currently have an unbeaten record of 19-0-0 and a +/- of 304. That did not stop The Durham Diamondbacks from giving it their all and giving the banana slugs absolutely all they could handle.

The Home team D-backs took a small lead into the 3rd inning but that's where the wheels fell off allowing 13 runs to cross the plate in the following two innings. Still feeling confident they were able to answer with four runs of their own, keeping the game within reach.

All Star third baseman Chris Crossley was up to his old tricks again, hitting three triples in a single game. Unfortunately with the big Clarington field Diamonds he was unable to continue his home run streak..... warning track power.

In the Bottom of the final inning the stage was set for a great upset. The D-backs down by seven and up came the top of the order. Single...triple...single...single....single....

The D-backs down by three runs with the bases loaded and only one out could not finish off the calm, cool and collected Banana Slugs. This one will sting for awhile.

on a positive note, career D-back Miguel Desilets has found his calling in life. a statistical engineer for the Durham Diamondbacks. outstanding job Miguel. while he never did get to race cheetah Don and now being placed on the 10 day IL that dream will have to wait at least one more season. Will Desilets hang up his cleats and move into the offices?

HR
info_outline
3B
info_outline
At The Plate
info_outline
Team Fines
info_outline
The team is severely disappointed in your lack of contributions!🤑
Tags: None
Posted on: Thursday August 11th, 2022 at 10:14PM
Comments: 0question_answer Post a Comment